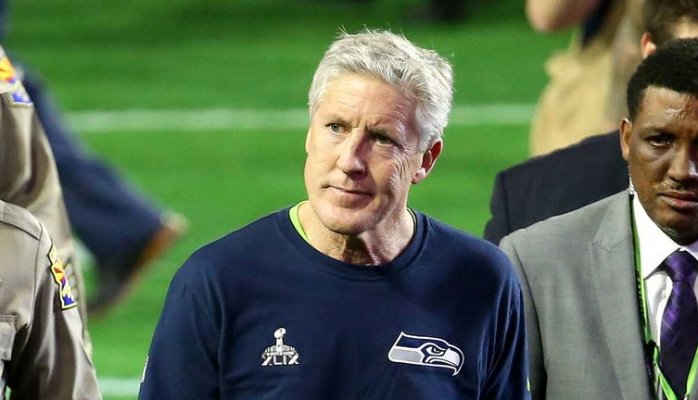 Pardon my poor writing form, as I’m running on fumes. The Super Bowl ended at 10PM and it’s cardiac ending required a couple extra hours of reflection. I’m still sorting it out.

As a New Englander, I’m extremely grateful for the victory. But how did we win? And how did we almost lose? And did I really have just nachos for dinner? And did I actually just enjoy the Katy Perry halftime show?

I’m not sure I can answer all of these questions at the moment (except the last two: yes and yes). What I can say is that Pete Carroll – the head coach of the Seahawks – could have stolen the Super Bowl away from the Patriots and instead, made a colossal coaching blunder. Instead of tasking his running back with an easy two yard gallop into the end zone for the game-winning touchdown, he elected to pass the ball (a riskier proposition in football). The pass was intercepted by the Patriots to seal the game. Carroll fell into a trap that product teams are constantly tempted by: overthinking.

In September, I began a new chapter of my career and inherited a major product feature at my company. The specifications were written and tested out and development was underway and I was advised to accept them as ready. I shouldn’t have. The feature had one goal: to transmit data from one platform to another. Yet, instead of drawing a line from point A to point B, we had planned – to state it simply – a line from point A to point B AND to point C.

Over time, we learned that point C was completely extraneous and catered to a very exotic (2%) edge case. Customers that I spoke to didn’t want or need this. To make matters worse, it would have required manual input from the user leading to more friction (read: risk).

Similar to Coach Carroll, we overthought it. We got cute. We had an easy solution that would have accomplished our task seamlessly and delightfully. Developing the extra 2% added weeks to our development process. We introduced risk into our process and took steps to accomplish our goal when we didn’t have to.

We ultimately ended up stripping out the extraneous feature. I imagine my experience was similar to Coach Carroll. I sat down with my team and apologized for the mistake in direction and their seemingly wasted efforts. Fortunately, we’ll still launch our feature soon and the experience for our customers will improve. Football isn’t as forgiving.